Hatim El-Hibri Assistant Professor. His research and teaching interests focus on global and transnational media and the visual culture of the Middle East, and particularly the historical entanglement of media technology and institutions with the production and contestation of urban space. Noura Erakat Assistant Professor.

Susan F. She is also a recepientof the Point of View Working Group Grant that aims at promoting better learning through practice, Her current major research and book project with Dr. Frank Dukes focuses on conceptualizing stakeholders in the conflict over surface mining in Appalachia. Yasemin Ipek Assistant Professor.

He writes on Russian foreign policy, the international relations of the Middle East, transnational revolutionary movements, and other subjects. Links to his recent articles can be found at www. Cortney Hughes Rinker earned her Ph. Her teaching and research interests are in medical anthropology, Islam, aging and end-of-life care, public policy, reproduction, Middle East Studies, development, science and technology, and applied anthropology.

Her current book project examines the diverse experiences of Muslim patients and families in the Washington, D. Cortney analyzes faith and religious beliefs within the broader context of health economics, politics, social forces, and health care policy. Instead of starting from the premise that identities and beliefs are created when living she uses the deteriorating and even dead body as the basis to explore religious beliefs and identities.

Cortney regularly teaches the introduction to cultural anthropology along with the undergraduate and graduate seminars in anthropological theory. She also teaches specialized courses on medical anthropology, policy and culture, globalization, religion, ethnographic methods and research design, and the Middle East and North Africa.

He has testified multiple times before the U. Congress on topics including political Islam and human rights in the Middle East.

His research has been supported by the John D. McGlinchey received his Ph. A list of Dr. John N. Paden Professor.

Abdulaziz Sachedina, Ph. He has been conducting research and writing in the field of Islamic Law, Ethics, and Theology Sunni and Shiite for more than two decades. In the last ten years, he has concentrated on social and political ethics, including Interfaith and Intrafaith Relations, Islamic Biomedical Ethics and Islam and Human Rights. Geoffrey Hayes. Why Yemen Matters.

Politics and Popular Culture in the Middle East: Power and Resistance Post-2011

Whit Mason. Globalization and Geopolitics in the Middle East. 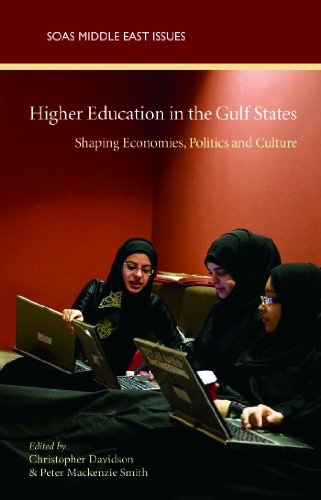 Unique insight from 2,000+ contributors in 80+ Countries